South Batan Tour is the more lengthy tour of the two (North Batan) and needs one whole day to maximize all the destinations. You will find most spots very Instagram worthy, and I’m sure you’ll love Batanes even more during and after this tour =)

Just a heads up, you won’t see any moving pictures or videos from this point onward because my Go Pro died and I didn’t have other device to use for videos =( Sorry! 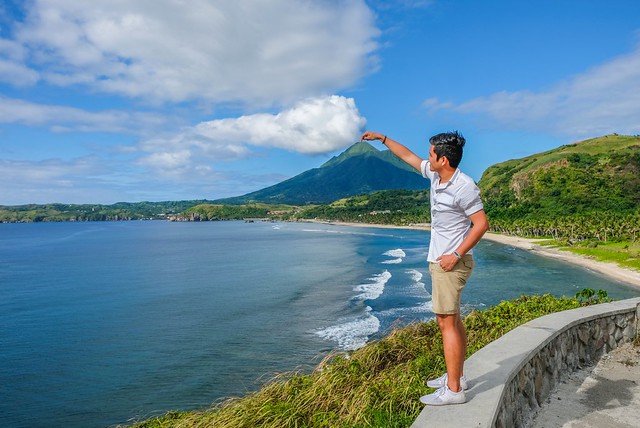 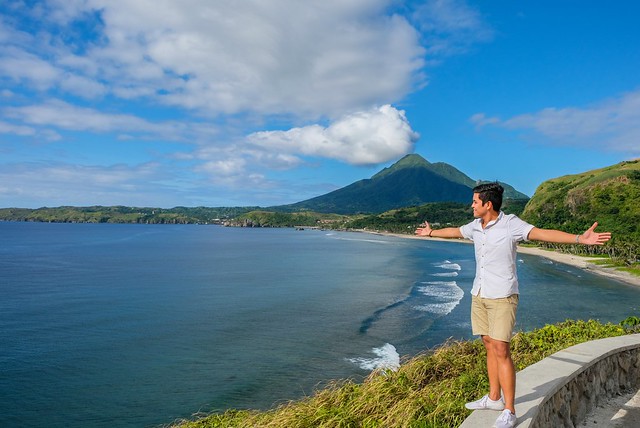 Paderes Viewpoint will give you a fantastic unobstructed view of the West Philippine Sea and Mt. Iraya. Good thing when the above photos were taken, Mt. Iraya’s summit was visible! because almost all of the time, even in good weather, huge amounts of cloud would surround the summit. 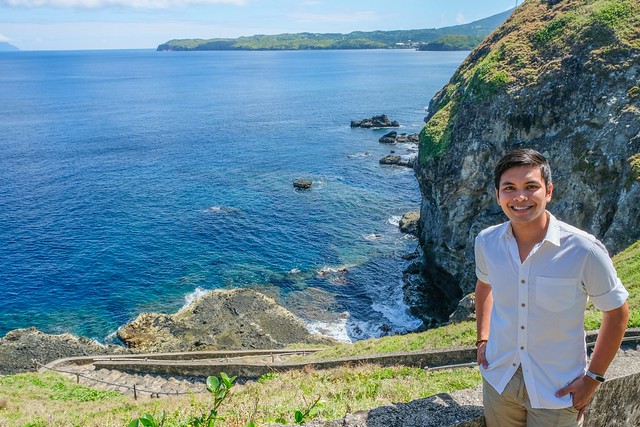 Offering almost identical landscape views of the West Philippine Sea, the difference at this view deck is the option for guests to go down the view deck for a more intimate feel of the crashing waves. Also, you will now see the rest of the island (south) from this point. 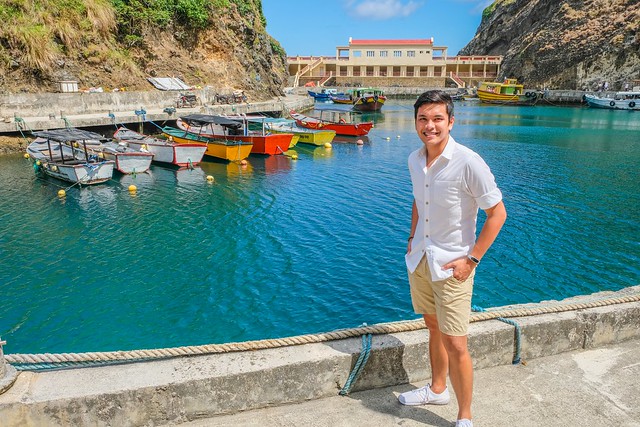 This shelter port was built to protect boats and other sea vessels from the extreme waves of the West Philippine Sea and the Pacific Ocean. Furthermore, the significance of this basic infrastructure supports the twin goal of the fishing industry of the province namely: Fish Sufficiency and Job Generation. 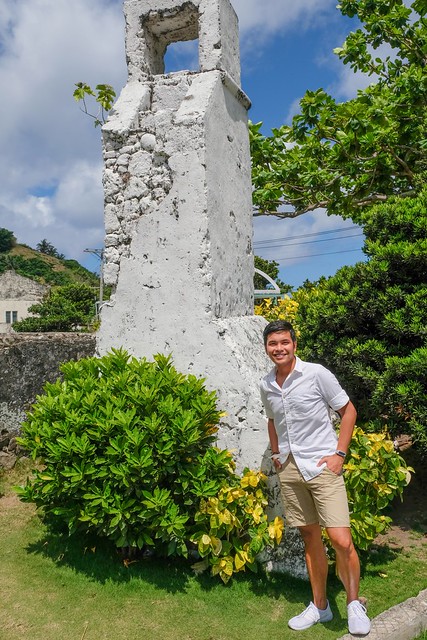 Built in 1970, this light post was used to guide seafarers looking to dock in the nearest ports without hitting uplifted corals, which may post danger to both the seafarers and the corals.

Did you know? There are four (4) languages in Batanes: Ivatan, Itbayaten, Ilocano, and Isamurongen 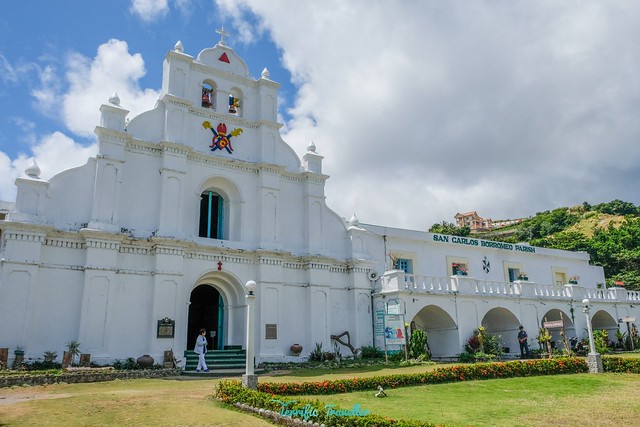 Also known as Mahatao Church, this Baroque-style church was built in 1873 by Father Cresencio Polo. Originally, this church was built with cogon roofing, and was just remodeled as time went by. This church also houses the Blank Book Archive (Maywang A Libru Du Vatan) where guests can write stories, wishes, prayers, and anything under the sun. 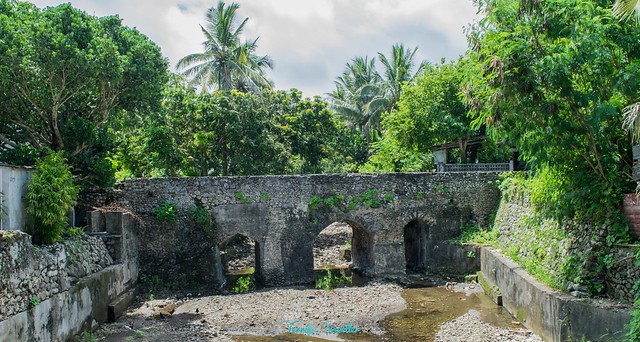 This bridge was constructed without any reinforcement steel and mainly with lime and stone. To hold the mortar in place, until it is hardened, gabi leaves were used as forms or horma. Their traces are still very evident underneath.

It was originally 63 meters long, 3.5 meters wide, and 6 meters high. In 1970, during the incumbency of Mayor Manuel Valones, the bridge was rehabilitated to arrest erosion on its basement, and to widen it to accommodate four-wheel vehicles. It is probably the only Spanish-built bridge in the province still accessible to motor vehicles. 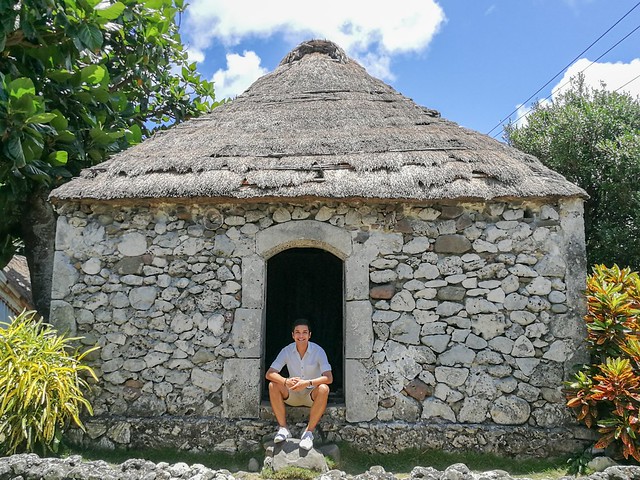 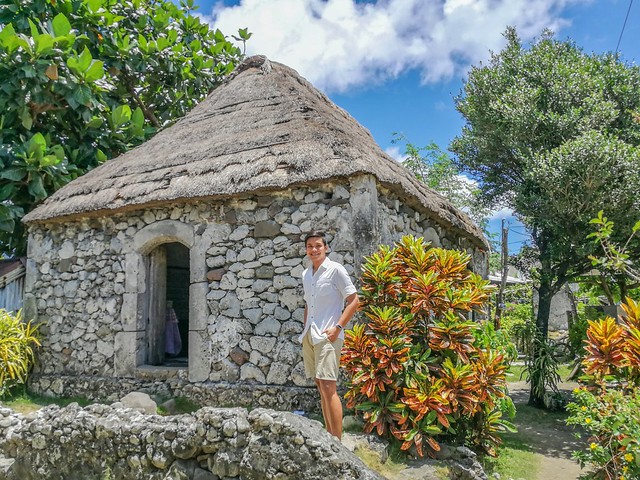 Constructed in 1887, House of Dakay is the oldest house in San Jose de Ivana, also the oldest in the whole of Batanes. I was not able to take photos inside because its used as a regular home of the last remaining relatives of Lola Ida (RIP), who bequeathed the home back in 1939. 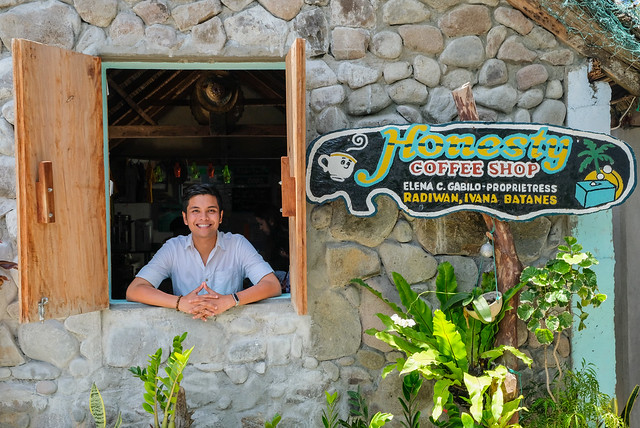 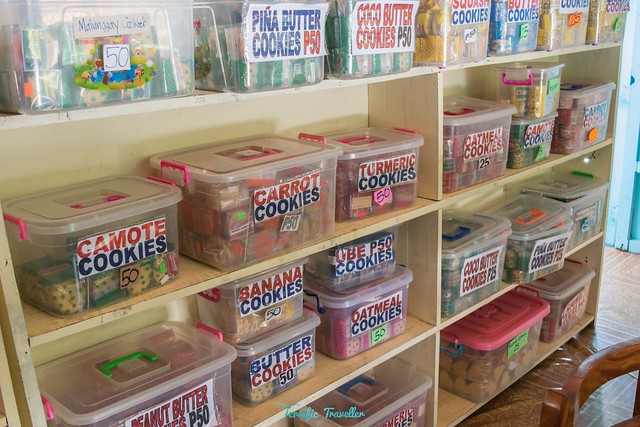 Honesty Coffee Shop started operating on September 25, 1995, purposely to serve travelers to and from the Island of Sabtang. This shop has passed the test of time serving all the good people who happen to drop by. It’s not every day you encounter an unmanned grocery store/accessories shop, no CCTV’s, not even dogs! This is a perfect example of how the Ivatan’s trust one another, and how everyone, not only the people of Batanes should value honesty and trust. 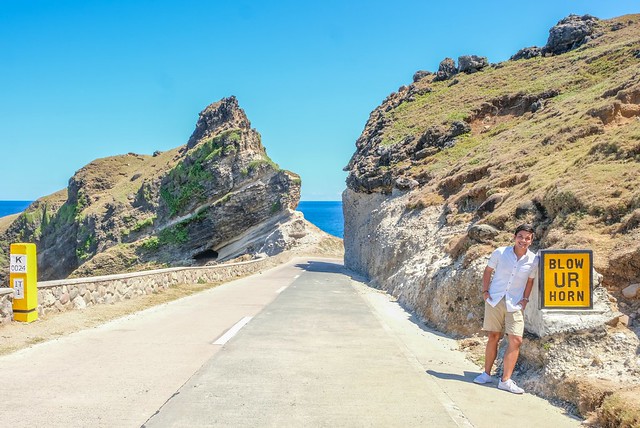 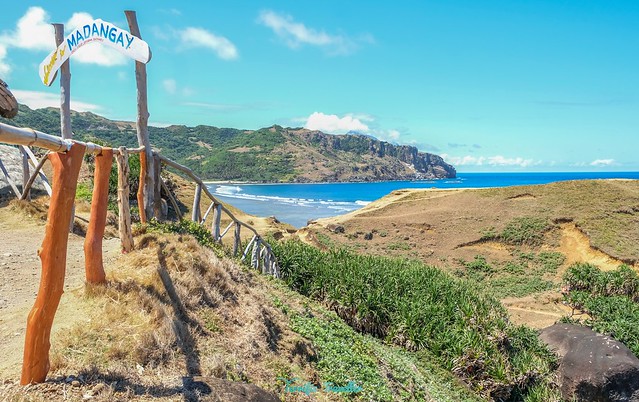 Probably one of the most picturesque locations I have ever been, with a backdrop of the pacific ocean and blue skies makes a perfect photo for anyone.

Did you know? This is the location of a famous scene from a 90’s movie “Hihintayin Kita sa Langit” which featured Dawn Zuleta and Richard Gomez. 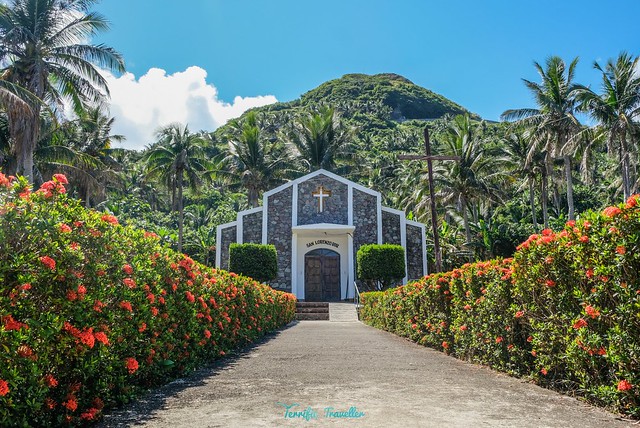 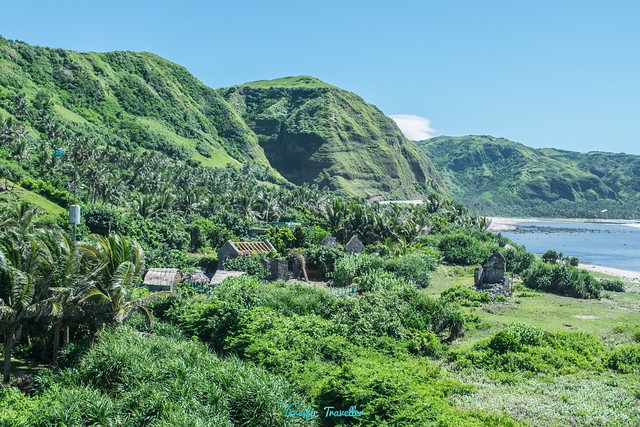 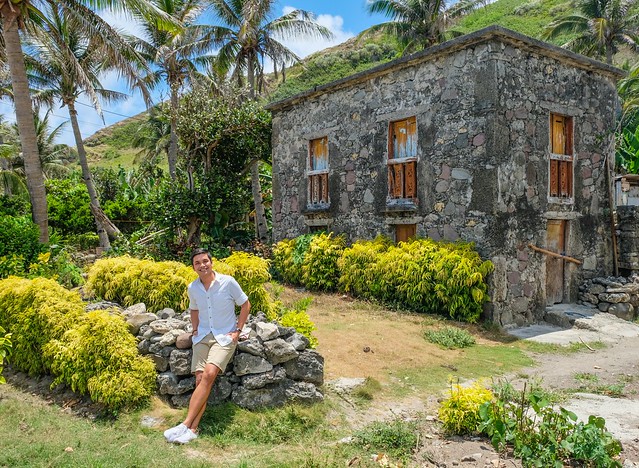 First photo: was once a little town back in the day before a Tsunami wiped everything in the 1950s. This is also part of the movie “Batanes” that premiered in 2007, starring Iza Calzado and Ken Chu (F4). Second Photo: a stone house located not far from the ruins, still in Sitio Songsong. 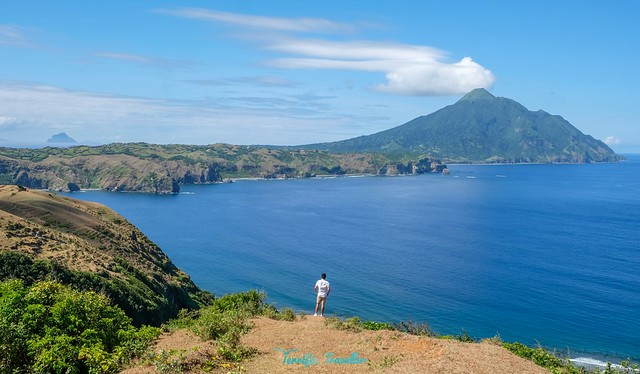 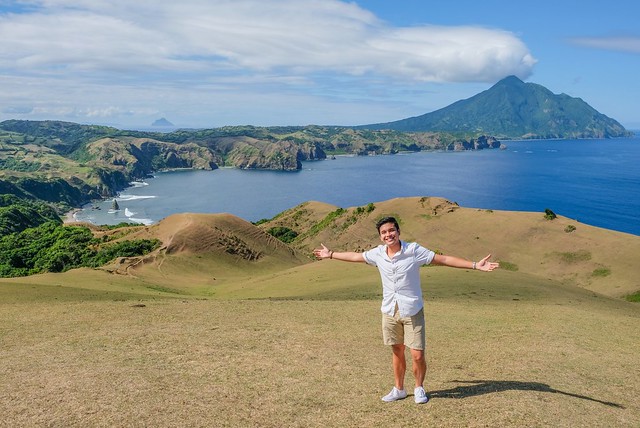 Never-ending hills and vast blue waters will welcome you once you arrive at Marlboro Hills. My eyes can’t stop looking everywhere as I see nature at its best. This place was once filled with horses, hence given the name Marlboro Hills, but in time slowly turned to a population of cows. 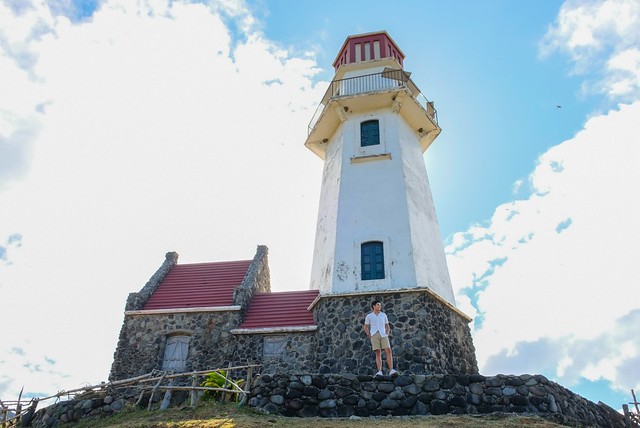 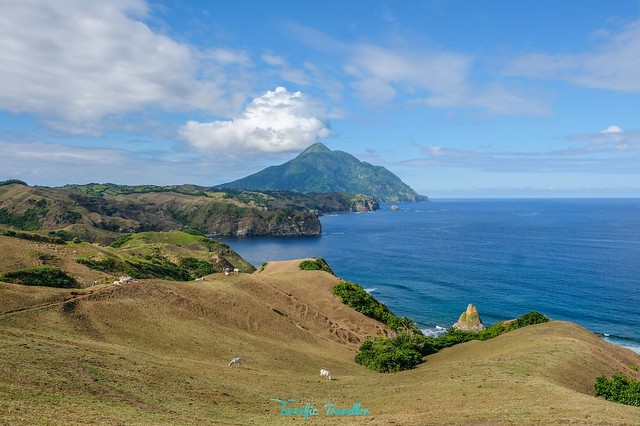 Tayid Lighthouse is one of Basco’s 3 Major Lighthouses, this one built in 2000, and is facing the West Philippine Sea. And like Marlboro Hills, you will also see endless hills, greenery, cows, and Mt. Iraya. 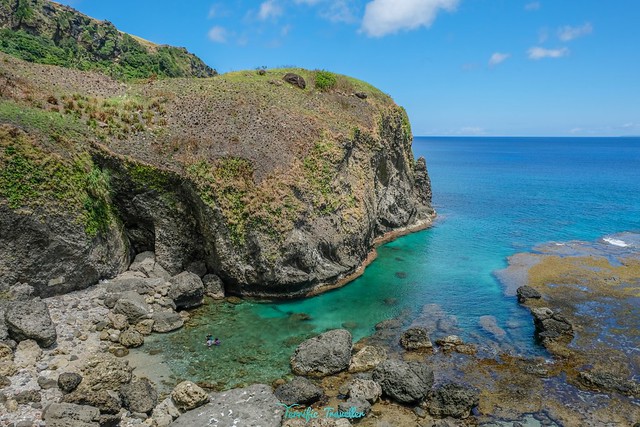 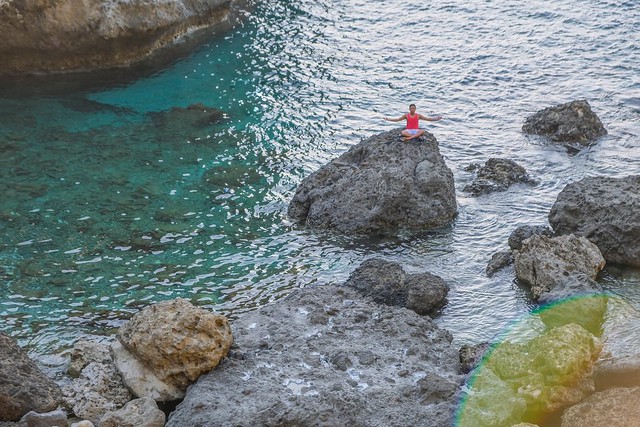 Homoron Blue Lagoon is usually referred to as Spanish Lagoon and is open to all locals and tourists, where you can swim, kayak, snorkel while having lunch or merienda with friends. Just make sure you clean up afterward. There’s no entrance fee, this place is free for all. 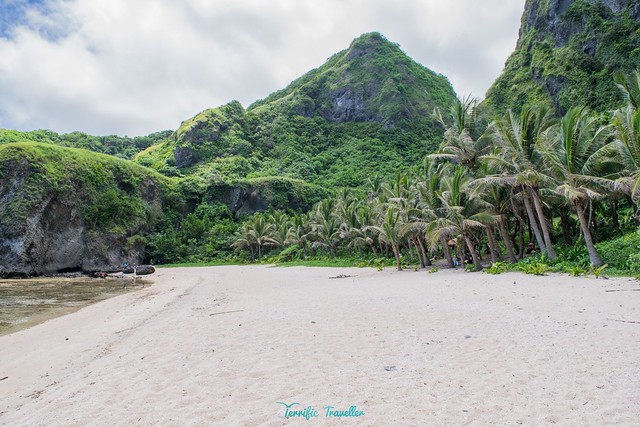 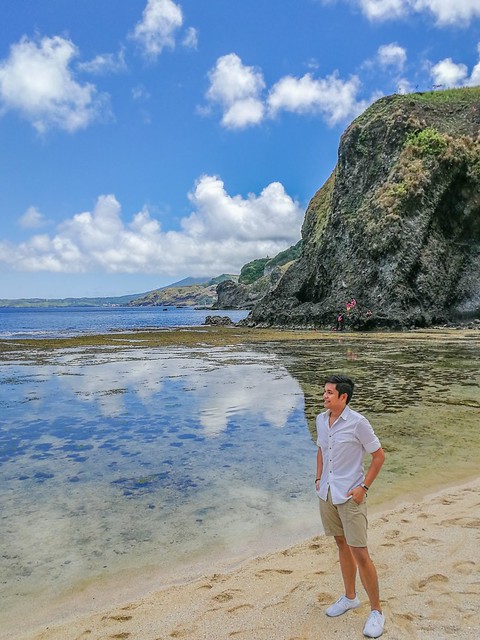 Just across the lagoon is the Homoron White Beach. This beach is good for swimming, snorkeling, and fishing. Sand is almost powdery smooth, and you will not see any establishment or cottages. You’ll have to bring your own tent or hammock should you decide to stay longer for sunbathing or other water activities.

This ends our South Batan Tour in Batanes, so now let’s go our next accommodation provider: Midtown Inn! 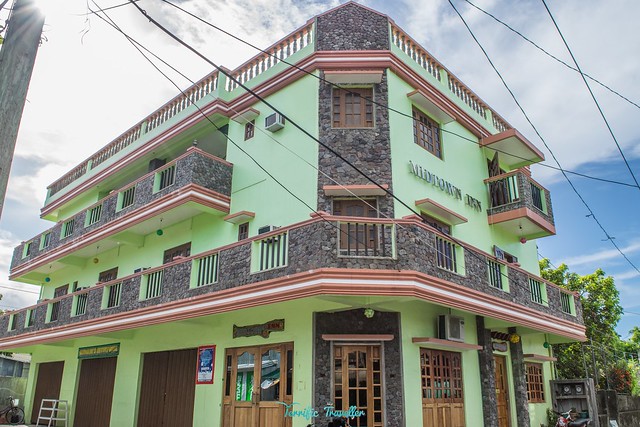 Midtown Inn is probably one of the best accommodation providers you can stay at in Batanes. Why? It’s right in smack middle of everything you’d need or want in Batanes. Food, Souvenir, Coffee, Clothes, Grocery, you name it. Let’s call it a day! see you on the next page for more adventure!